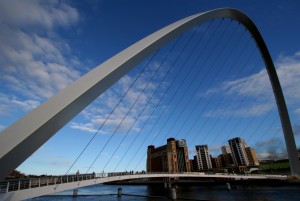 Landscape photography is always the greatest challenge for me; how do you capture in two dimensional format what is striking because it has a third dimension? Is it for yourself or an audience? Over the years, I have learned some of the basic rules, such as using a tripod and I do that occasionally, if it is going to be a long exposure. However, truth be told, I prefer the freedom of just me and the camera. As in all photography, we try to convey an emotional response – what moved me in this environmental situation sufficiently to want to record it. I rarely succeed. 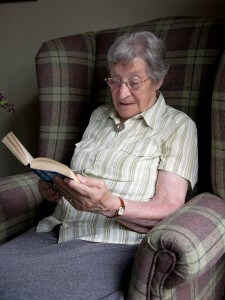 People are the subjects, I assume, of most exposures today. My interest is in trying to portray something of the character of the individual through the topography of the face and, where appropriate, in their environment. My immediate and extended family have probably popped up most often, willingly and unwillingly, recording maturational plateaux and social highlights. Older individuals are a particular interest and have featured in a lot of my competition work in Stirling and District Camera Club. ‘Eleanor at 102’ was a particular success. The Edinburgh Festival Fringe is generally a fruitful occasion for photographers. Frequently, the onlookers are my choice. 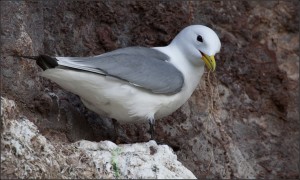 Nature – Seagull gathers material for to build a next

Scotland provides many opportunities for natural science photography without having to go far afield. Where we live in the Hillfoots of Clackmannanshire, there are many species readily to be seen. The RSPB nature reserve at Vane Farm and Gartmorn Dam are only short journeys away. At both places, there are large movements of migratory birds, departing in Spring and returning towards the end of Autumn. The photographer tries to capture something of the dignity, character and habitat of the animal. I hope that I have done just that in some of these images. 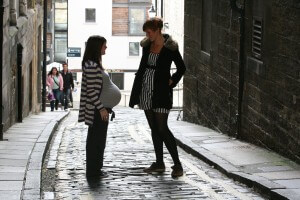 Our streets and public places are a rich resource for photographers. In recent years, difficulties have arisen because of perceived terrorist threats and an absurd paranoia around paedophilia. However, we live in a liberal democracy and in most cases it is perfectly legal to take pictures in public places; police officers may not confiscate or demand deletion of images. Camera phones have now become important media for recording serious incidents, for example – the July 2007 Underground bombings in London. Cartier Bresson was not intrusive, frequently wrapping tape around his Leica, as he searched for the decisive moment. 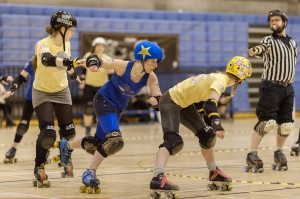 This is a broad, generic title to include all those things which do not readily fit into a snug classification; it may be a sporting activity, political happening, cultural occasion or any one of a wide spectrum of happenings. Our own families mirror this eclecticism – new babies, baptisms, school events such as sports days, graduations, achieving significant milestones, weddings etc. Our job as photographers is to try to highlight the occasion in a sensitive, personal way. It is more than just a record of the scene because the photographer is introducing some personal aspect of personality, creating a singular style.