What does TPA stand for? 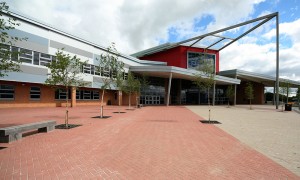 The TaxPayers’ Alliance (TPA) has received high level coverage on  BBC Scotland today   for its ‘Town Hall Rich List’ . It contends that Scottish councils, and particularly Glasgow, are spending too much on wages.  The Campaign Manager, Robert Oxley, was given a particularly easy time on ‘Good Morning Scotland’    by its  news anchor, Gary Robertson and later by Kaye Adams on her phone-in programme.  This generosity may just possibly be related to the TPA’s noisy campaign for impartiality in the BBC.  Although it had bogusly  conflated redundancy payments and end of service pension payments into Council salary figures, Oxley emerged relatively unscathed from both interviews.

“Who are the TaxPayers’ Alliance and what do they represent”, you may ask. Good question. They are an unelected, pressure group, funded exclusively by big business,  linked to the right wing of  the Tory Party and with uncritical support from the likes of the Daily Mail. Their standing with the Conservatives was underlined recently when the Prime Minister was sounding out opinion on the appointment of TPA Chief Executive, Mathew Elliot, to a senior policy post in Downing Street. It would certainly play well with those  party members  whose political instincts are currently most influenced  by the actions of UKIP.

Indeed, the TaxPayers’  Alliance shares a lot of common ground with Farage’s people;  they want low taxation and push for a flat rate which would immeasurably benefit the rich; they would end taxation of company profits; they loathe the public sector and would like to privatise all services, including the NHS;  they are opposed to trade unions and are climate change deniers; and , of course they hate the EU and, particularly, its perceived interference on Human Rights’ issues  It all sounds  very familiar, doesn’t it?   And it gets worse.  In the dying days of the Gordon Brown Labour Government ,  the TPA held an event in London with the   Tea Party  and other groups on the  American Right to galvanise anti-government feeling.  Mathew Elliot sang the praises of these new friends all over the Press.

In recent weeks, many people, with very good reason in a period of austerity,  have questioned the vast amount of taxpayers’ money spent on the funeral  of a singularly unpopular, former Prime Minister. However, there wasn’t  a cheep out of  the TaxPayers’ Alliance.

Whose side are they really on?