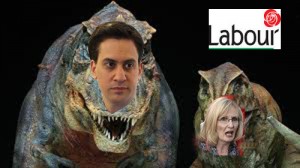 For many people, the most startling revelation to emerge from Johann Lamont’s dramatic resignation   was her enforced silence by Labour at Westminster   from voicing any criticism of the ‘Bedroom Tax’ because Ed Milliband had yet to form an opinion of it. We are talking here about a piece of legislation which is widely regarded as the most dastardly action against poor people in decades. The SNP led Scottish Government put special measures in place to alleviate the plight of those affected.  Yet, Milliband continued to dither.

The sheer anger and frustration of Lamont in her resignation interview with the Daily Record will not surprise many  in Scotland. Indeed, the pertinent question is – why did she suffer these fools for so long?    I have known Johann for many years; she was formerly a teacher and member of the EIS with whom I met regularly at Holyrood to discuss educational policy issues. She is an intelligent and sensitive individual whose loyalty to the Party trapped her in a thankless position. It is of note that the only living, former Labour First Ministers, Henry McLeish and Jack McConnell were quick to support her statement to the ‘Record’ because their experience of relations with Labour at Westminster was similar.  McLeish was reprimanded for referring, albeit inadvertently,  to the Scottish Executive as the  ‘Government’ and Gordon Brown summoned Jack to London to explain in plain language  to him why his financial policy for Scotland was wrong.

When Labour came to power in 1997 with a commitment to hold a referendum on Scottish Devolution, there were many senior Labour figures with strong reservations about the concept of a Scottish Parliament.  Tony Blair was chief among them and notably ordained that in practice its powers should be limited to those of a parish council. A view that was enthusiastically shared by Cabinet colleagues, George Robertson and Brian Wilson, as well as other Scottish MPs. The vehemence with which Ed Balls sided with an extremist Tory Chancellor to insist that an independent Scotland would not use the Pound Sterling, underlines how much this Westminster-centric view of policy prevails.

Jim Murphy is being touted as front runner to replace Lamont and I see no reason to disagree. It has been made clear that he will not figure in Milliband’s plans for Government in the increasingly unlikely event of that happening. Uber-Blairite, Murphy, whose cringe-inducing  sycophancy  plumbed new depths when Tony was calling the shots, is the perfect model of the unreconstructed, careerist politician. His soapbox campaign in the Referendum was a solo effort mainly because he   has few friends in Westminster and none at Holyrood.

All good news for Nicola Sturgeon