Attainment Scotland Fund – can it bridge the gap? 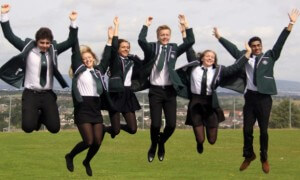 The Scottish Government has announced plans to bridge the attainment gap between pupils from poor backgrounds and those from wealthier households. The First Minister, Nicola Sturgeon, acknowledged that the causes of poverty were not educational but came from a much deeper, social malaise which affected the life chances of significant numbers of Scottish children. There will be a commitment of £100m over 4 years to the initiative which will draw on the experience of schemes, such as the London Challenge, which have proven successful.

Educational disadvantage and poverty appear to be synonymous with each other. In the eighties, I became headteacher of a primary school in an area of multiple deprivation where 80% of the pupils satisfied the criteria to qualify for free school meals, a certain indicator of poverty. The children and their families were  generally low in confidence, suffered from the effects of unemployment or low-paid employment. Many of the parents had once worked in the mining industry or some of the old heavy industries in the Forth Valley area which the Thatcher Government had pulverized . The school served an   area which had become a housing ghetto under the local authority; a significant petty crime rate, vandalism,  drug and alcohol abuse did little to raise the self esteem  of the families; they were simultaneously causal factors and symptoms of the problem; survival was the main aspiration of most. The local education authority appeared marginally  to give funding preference to secondary schools and had a large central bureaucracy which seemed to accept that the poor will always be with us. Why bother?

The current Scottish Government seems to have a greater empathy with the requirements of disadvantaged areas and the need to direct funding towards them. It recognises that demographics and deprivation should not be barriers to achievement in Scottish society. While there are still some remaining difficulties in the implementation of its core educational policy, ‘Curriculum for Excellence’, it is widely accepted as being philosophically sound and to be in the best interests of teachers, pupils, their families and, ultimately the community at large.

In the short term, I hope that the additional funding will be spent in the classroom because that’s where change must happen. Research has shown that a reduction in pupil/teacher ratios is one certain way of giving young learners the best hope of successful attainment. In the longer term, there cannot be equality of educational opportunity or,  indeed, any other notional equity until the desperate needs of the poor and their bleak environment are purposefully addressed.

That requires fair distribution of wealth through taxation which is far from the agenda of  the mainstream parties in the run up to an election. Both Labour and the Tories are committed to affordable and efficient public services – a euphemism for disabling cuts which is every bit as distasteful in its ferocity and violation of dignity as the appalling phrase, ‘ethnic cleansing’.  The SNP, since the September Referendum, has seen an unprecedented surge in party membership and, as last week’s poll showed, looks certain to hold a powerful position in Westminster after May 7, regardless of the result in the rest of the UK.

Can the Attainment Scotland Fund really make a difference here  in the lives of the poorest young learners in this country?

Let us all hope that it will.