Bias At the BBC 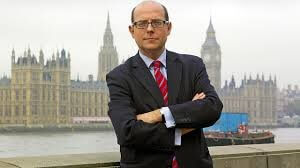 Such was the outrage, felt by YES supporters at the overt bias in BBC reporting of issues in the Referendum  , that hundreds protested last June outside the Corporation’s Glasgow headquarters on the Clyde.  The much vaunted principle of political impartiality had gone missing in the BBC News and Current Affairs departments, they felt. Their suspicions were justified when Professor John Robertson, of the University of the West of Scotland, published a detailed academic paper earlier this year, showing widespread bias in the BBC’s coverage of the independence campaign. He reported, for example,  that excessive personalisation of the debate  had served to weaken arguments. Although the YES Campaign was a broad umbrella group, encompassing a range of political hues which favoured an independent state, the BBC continually linked it to the personal desires of Alex Salmond.  The catalyst for the protest was a blatant piece of news management, involving the Chief Political Editor, Nick Robinson, and the First Minister. Salmond had given a long answer   to a question about the purported decision of RBS to relocate south in the event of a YES vote.  On BBC News that evening, Robinson reported that the First Minister had failed to answer his question. It is surely  noteworthy  that  Nick was once chairman of the Young Conservatives Association.

Growing up in Northern Ireland, I was conscious that the BBC was a state broadcasting organisation in a country where there was, in the words of one PM, ‘a Protestant parliament for a Protestant people,’ and it dutifully reflected that ethos ; my views, those of my family and the wider Nationalist community   rarely featured. Any effort at balanced reporting of the political plight of the minority population would have incensed the Stormont regime and so it was not even attempted. The BBC was uncritically on the side of those in power.  The ancient province of Ulster has nine geographical counties, three of which are in the Republic,  but to this day the BBC continues to offend many people by calling its  main radio channel ‘Radio Ulster’.

Northern Ireland gets a chapter in  Jean Seaton’s recently published ‘Pinkoes and Traitors’ because it posed ‘special challenges’ for the national broadcaster.   She relates how Keith Kyle, a professional journalist with a steely knowledge of Irish history, was not allowed to describe the killing by British soldiers of 14 Derry citizens as a ‘massacre’ and had to substitute ‘the military Londonderry killings’. It took 40 years, the Inquiry by Lord Saville and an apology in the Commons from the Prime Minister to confirm that Kyle’s initial, journalistic instinct had been absolutely correct.

I shall return to Seaton’s interesting book for a wider and deeper look in a subsequent blog.