Brian Friel’s “Translations” and the Referendum 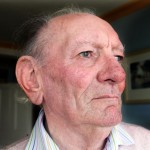 Watching Adrian Dunbar’s moving production of Brian Friel’s ‘Translations’   at the Kings in Edinburgh last week, it was difficult not to apply the message to 21st Century Scotland. Set in the early nineteenth century, the play explores the difficulties of dealing with a culture which is alien to the local people. A platoon of British soldiers, notionally engineers, is overtly engaged in an ordinance survey map of the area but in reality their true purpose, with the help of local collaborators, is the translation of Gaelic place names into the King’s language. It is the work of supremacist colonialists,  a template for the creation of the British Empire. They believed that the extinction of the language would create a modern English colony akin to any part of the homeland. The local people were confused and drawn in different directions – they chose escapism in various forms.

I have lived here for forty years and have recognised that   a different culture prevails. Scottish people are attitudinally quite different to their Southern neighbours. The Thatcher Government recognised that too and vainly tried policies which would make the Scots appreciate the benefits of being part of the new capitalism. The outcome of that initiative was that Scottish Conservatives in the 1987   General Election, the heyday of Thatcherite pomp, were reduced from 21 MPs at Westminster to 10. Currently, they have one MP at Westminster and not a single Tory MSP was elected in the ‘first past the post’ section of the Holyrood Election. Policies like the Coalition’s recent Tax concessions for the richest have no resonance with the people of this country. Scottish people care about the things that matter to citizens – health, education and looking after their older people. What’s more, they are prepared to pay to see that these things happen.

On return from his butchery at Culloden, the Duke of Cumberland commissioned ‘Judas Maccabaeus’  from Handel to celebrate this piece of ethnic cleansing.  It is depressing to hear Scottish church congregations continuing to sing it as ‘Thine be the Glory’  – ‘let the church with gladness hymns of triumph sing’. Indeed. I see it as the slow creep diminution of Scottish culture by default.

Scotland has a chance for a fresh start in September 2014 to choose a better path; one where the elected Government will be able to make decisions with all the available resources  to ensure that they are in the best interests of  the people who choose to live here. As Hugh the Master of the hedge-school says in the final scene:

“ it is not the literal past, the ‘facts’ of history, that shape us but the images of the past, embodied in language”