Capitalism rules at Celtic and Rangers 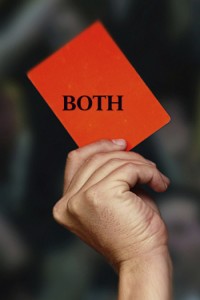 Much of the reporting of the Celtic Football Club AGM concentrated on the supposed mirth caused by references from the top table to the current plight of their erstwhile rivals across the City. For a few days afterwards, the ritual insults were exchanged in online forums and  the red tops. However those same  top table executives were also responsible for an action which impinged more on the lives of their supporters and certainly on their employees than the downfall of Rangers FC.

Three hundred years after the Scottish Reformation, thanks to John Knox and his commitment to a school in every parish, this country was one of the most Protestant in the World and arguably the best educated. The Irish Famine of 1847 saw the trickle of Irish Catholic immigrants become a flood. Not only were they of a different religion, but many were Gaelic speaking and semi-literate. Employers viewed them as a source of cheap labour and exploited them with abandon. Native Scots  saw a threat to their livelihoods, even though the incomers were largely employed in the most menial of jobs that were spurned by the indigenous  population.  Plus ça change……………

Established as a charitable focus for the Irish community by the well intentioned Brother Walfrid, to the astonishment of the Glasgow population, Celtic Football Club very rapidly became the most successful  team in Scotland.  Loyal Scottish Protestants viewed this  with horror and Rangers FC became the focus for their support. The historical  circumstances decided the ideology which Rangers was to embody for the next 100 years. The suspicions with which each side viewed the other were given working class voice when the sides met all too regularly at Parkhead or Ibrox.

As the old certainties of heavy industry declined in the sixties, it was boom time for a few   who had traded in derivatives and metals. A young Edinburgh man, David Murray, had prospered in that area.  A rugby devotee, he acquired ownership of Rangers in the late eighties and the appointment of the intelligent and talented Graeme Souness as Manager at Ibrox ushered in a new  era and unprecedented success at the expense mainly of Celtic. His successor, Walter Smith, won 9 League titles in a row.  With the unstinting  support of the   banks, the next manager, Dick Advocaat, had access to huge largesse which he spent lavishly and was loved by those fans who could still afford the entrance money.

Across at Celtic, the Club came within hours of receivership until  multi-millionaire, ex-patriot,  Fergus McCann, an un-reconstructed capitalist, bank-rolled a new stadium. Five years later, he departed home to Canada with an estimated profit of £40m but with Celtic financially on an even keel.  His shares were bought by the reclusive Irish billionaire, Dermot Desmond , a pal of the disgraced Irish Taoiseach, Charlie Haughey.

Murray and McCann had changed the two institutions from mere football clubs into big businesses. For all his financial success, Murray had gambled blindly on Sky Television being willing to pay heavily for light entertainment which reflected passionate rivalry and would attract  massive advertising as it was streamed across the Globe.  Ticket prices soared. The target audience was the upwardly mobile, the city slickers and politicians on the make. (Is there a minister in any jurisdiction in these islands who has not discovered a devotion to one club or another?)

Scottish football has found the going particularly tough in this new environment. Sky’s money, naturally, flowed mainly to the most profitable areas so that, as in the capitalist world at large, the rich grew richer while the poor were pushed into relative penury.  The banking crisis,  the insistence of the HMRC in investigating dozens of dubious player contracts are all indicators of capitalist malaise and reduced a once proud team to the bottom division of the SFL.

Back to the meeting of Celtic shareholders where naked capitalism was plainly evident but got very little Press coverage with the sole  exception of  a piece by the Observer’s Kevin McKenna, long time Celtic devotee. The Celtic Trust was established in 1999 to give fans a say in the management of their Club. Step forward Trust representative at the meeting, Jeanette Findlay, who proposed a motion, recommending that ground staff  employees at Celtic Park should be paid a living wage of  £7.45 per hour, rather than the current, minimum wage of £6.31. The Board opposed the motion, lead by Chief Executive, Lawell, whose annual wage is pennies short of £1m before bonus.  Naked capitalism exerted its influence and few demurred.  Many of its workers will struggle to make ends meet throughout the rest of the season.  The media, meanwhile, including the BBC,  reported almost exclusively on  the anti-Rangers jibes. More fun than conditions of service.

That’s the name of the game.