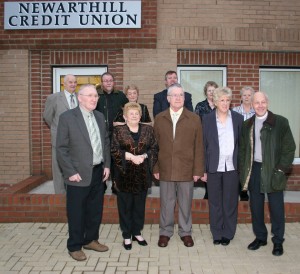 Explaining in Glasgow University , why he thought that credit union growth in Britain had been much weaker than that of Ireland, Nobel Laureate, John Hume, said he felt that its leaders  had “an unhealthy proximity to the whims of Government”.  Intervention, announced today  by the Churches of England and Scotland, could spell identical danger.

The Archbishop of Canterbury, Justin Welby, has declared war on pay-day loan companies by proposing to boost the capabilities of credit unions in the UK to compete with them and eventually to corner the high cost credit  market which has had very significant growth in Britain over the last 5 years. John Sentamu, the Archbishop of York, is to chair an independent commission on the future of the living wage and recently used strong language to describe the obscene evil of poverty and its effects on society. These   two initiatives are welcome and the promotion of poverty as a priority should receive the support of all who seek social justice. My own Church in Scotland is dealing with some internal difficulties, following the sudden departure of Cardinal O’Brien. However, the chief concerns recently of somewhat hysterical Catholic  Church spokespersons, in no particular order, have seemed to be gay marriage, perceived bigotry and medical research which might impinge on its view of the sanctity of life. That those were not  the main issues, affecting the lives of the Faithful, may possibly explain the catastrophic drop in Church attendance, particularly among the under-fifties. My dear friend, the late John Kerr, evangelised credit union and raged against exploitation on every platform where he was given the chance. His utterances on social justice so worried Cardinal Winning that he decided to have him ‘investigated’. No, I don’t know what it means either.

Derry Credit Union was established in the sixties to provide access to affordable, small  loans and a safe means  of saving for people in a city where unemployment for the majority of citizens  was institutionally generational. In the words of founder-member, Paddy ‘Bogside’  Doherty,’ loan sharks were a social evil and pawn shops a social necessity’.  The poor were dependent on high cost borrowing   for basic necessities such as clothing and household furniture. Their needs  were generally met by retailers who offered credit, hire purchase and the doorstep home credit industry.  This last agency survives throughout the UK and is doing very good business with interest  rates averaging 200% APR. The market leader  is FTSE quoted and  its shareholders rejoice that it is one of the most profitable, financial institutions in Britain. Its interest charges may  not be in the same league as those of Wonga, whose 4000% would make an ordinary, decent loan shark blush but they  still represent  a grave injustice in communities throughout Scotland . When I was involved in the Credit Union Movement nationally, together with others such as Money Advice Scotland and Scottish CAB, we lobbied unsuccessfully for a 40%  cap on interest rate charges .  Gordon Brown, the iron-fisted  Chancellor, disagreed, claiming disingenuously that all lenders would  immediately charge up to the bar.

I have no doubt that the Archbishop’s campaign is benignly intended and that the attendant publicity will be welcomed by credit union leaders. However, our movement has always been determinedly non-political, non-racist and non-sectarian. Over the years, I have met many fine Church leaders, particularly from the Church of Scotland, playing  positive, highly commendable  and productive roles in their local credit unions.

That, however, is quite different from the involvement of the national, hierarchical Institution.   Credit unions must remain self governing institutions, owned and  managed by their members.

That is an alien concept for most churches.