WE WANT OUR COUNTRY BACK 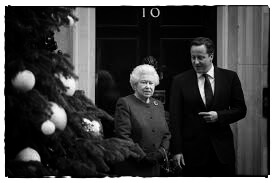 The Queen purred, apparently, when David Cameron phoned with the result of the Scottish Referendum; we have not been informed of her emotional reaction when the PM visited her on Friday morning to offer his resignation.  It was rumoured that there were indications of Brexit support from HM as the Saxe Coburgs sought to distance themselves further from their Germanic  secundogeniture.

The ineffable racist,  Farage , asked that June 24th should become ‘ Independence Day’. Certainly, independence has been uppermost in many minds since the result of the Referendum was announced. However, in London, Scotland and the Six Counties, it was an immediate escape from Westminster that most  occupied many people.  They recoiled from the arrogance and sense of entitlement in the vacuous slogan-making of the Leave Campaign and were  totally repulsed by the UKIP Brexit mob; they abhorred the lies of the  petty minded, right wing dogmatists  who promised a return to an imperialist illusion.  It was glaringly obvious that the electorate had been pawns in a malign, Tory power struggle when we saw  Gove and Johnson at their first press conference on the morning after. The Opposition was not to be outdone, however, as they wanted a secession of their own and so the long simmering,  Blairite malcontents thought  that this was  an opportune moment to blunder against their own leader . Despite a gaping hole in government  – some of whom had gone into hiding, under Mandelson’s orchestration , they turned on Jeremy and staged farcical, cringe worthy  resignations. Corbyn was not to blame for the outcome of the Referendum and they knew it.

The DUP backed  Leave  but 56% of people in the Six Counties  clearly stated that they wished to remain citizens of the European Union.  Its actions surely portray the Brexit paradigm and character; Gregory Campbell,  Nigel Dodds, Iain Duncan Smith, Nigel Farage, Boris Johnson – all politicians who are incapable of vision and embracing people.  Arlene Foster and the ludicrously  inept Teresa Villiers responded thoughtlessly, predictably and negatively to any suggestion of a Border Poll. Had they taken time to analyze the results, they might have pondered , as Henry McDonald has suggested in the Observer,   why a significant minority of voters chose Leave in staunch Republican areas. A Border Poll,  which Unionism would currently win, might have proved a harmless distraction.

Among politicians, Nicola Sturgeon, who actively supported Remain,  is viewed internationally as the one politician to emerge from this debacle with honour. In the days since the result was announced , she has exemplified a dignity and clarity of purpose which is in stark contrast to the mayhem at Westminster. Conscious that 62% of Scots want to remain in the European Union, she was given all party support (Tories abstained) in Holyrood today to pursue every possible  option to ensure that the democratic mandate of the Scottish people will be respected. It was not in the wording of the parliamentary motion   but we know that Independence is the only certain way that this may be achieved. A poll today suggests that choice would be backed by 65% of Scots.

This nation wants its country back; one where tolerance, decency and respect, hallmarks of the Scottish people, are the  genuine indicators of a society in harmony with itself.