CREDIT UNION FOR A SECURE FUTURE 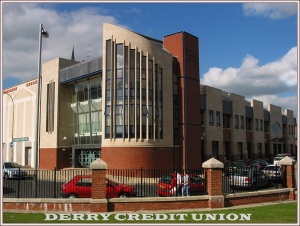 The outcome of the EU Referendum has left many small savers worried about their future finances. Brexit has caused a sharp decline in the value of the pound, panic in the markets  and it is widely believed that a further cut in interest rates would mean very poor returns on ISAs and other financial products.  In uncertain times, investment dries up and jobs are lost. An anxious future is  predicted for many families and communities across Scotland.

The Credit Union Movement is not immune to the impact of faltering economies.  However, experience has shown that it is better equipped than most financial institutions to weather the  storms.  Credit unions invest in people and not in the markets; during the Depression years in the US, the movement grew in strength and numbers of members. People were attracted to its ethical philosophy and practices; they had a sense of ownership and commitment to service before profit; the members owned their credit unions – there were no fat cats; the low interest charges on loans allowed working people to borrow for a wide range of household needs.

Many Scottish  high streets  have moneylenders in all sorts of guises, offering unsecured loans to desperate people; interest charges can reach  4000% APR and beyond.  £100 borrowed from your credit union  for a year, at an affordable rate of 1% per month, will cost a mere £6.00 in interest charges. The pay day parasites will charge a minimum of £241 and some will double that. Credit unions are anxious to save people money and to teach them how best to use it; they put people before profit. In addition to savings and loans, they provide a selection of financial services, all designed to help the member make the best possible use of money.

I have been a member of Derry Credit Union for over fifty years and I helped to establish Clackmannanshire Credit Union. Both are providing valuable service, not just to individuals but to families and whole communities. In keeping with its philosophy  of ethical, mutual support , the Irish Credit Union Movement recently offered the Government a €5bn fund to build thousands of affordable homes over the next six years.  The provision of social housing benefits the whole country and is a sound investment for credit union members who are the ultimate beneficiaries.

There’s a credit union wherever  you live in Scotland.