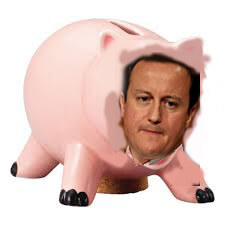 The Chancellor has announced a scheme to enable those on low incomes to save and gain a bonus on their investment.  A good thing you might well think, as we all recognise the necessity of providing a little for the future. That it should come from a Tory Government which has consistently punished the poor from day one of the  previous Coalition, is surprising. As with all these announcements, however, it wilts under moderate scrutiny.

Under the ‘Help to Save’ scheme, those on a low income will be able to save up to £50/month for four years with the Government adding a bonus of 50% after two years, and a further 50% after four years on any new savings added.

The scheme will be open to all adults in receipt of Universal Credit with minimum household earnings equivalent to 16 hours at the National Living Wage – roughly £6,365 in 2017/18 when the plan is scheduled to commence  – or those in receipt of Working Tax Credits. As is the case with all budget announcements, the devil is in the detail. First off, there will be a delay of two years before it comes into operation. The spinmeisters  will convince a largely uncritical and right wing press that this is typical of Government  policies to help the less well off; set that against the documented actions of a Party which has consistently  directed the harshest cutting edge of austerity at the most vulnerable in society. The cynicism of this appalling government is evident when you see that it has only budgeted £70m for the scheme; it knows that on those incomes there will not be many takers; this is just shameful wallpaper.

People on very low incomes will continue to have needs and unplanned, financial crises which will involve short term loans. The only organisation which is geared to deal effectively with their needs is credit union. There, savings are encouraged and loans are made at very affordable rates. Scottish credit unions charge an average APR of 12% on the reducing balance for small loans (e.g less than £3000); the lowest rate available anywhere on small loans; typical credit card and bank  rates are  currently 19% and only a minority qualify; many are paying 30-40%. Low income earners may be seduced by Home Credit or Pay Day loans which make most of their profits through default charges on rates which are already extortionately high.

Credit unions are ethical, nor-for-profit  organisations whose principal role is one of service to members. Any profits which accrue return to the members as dividends on savings. In the last five years, vast numbers have recognised the benefits of credit unions and have switched their business from traditional banks in which they have lost faith. There are now credit unions in every part of Scotland, including on the islands. I have been a credit union member for more than 50 years and I know that it has rewarded my savings and helped me whenever it was needed.

Join your local credit union today for secure saving and a lifetime of service.