WHAT DERRY WOULD NOT PRINT 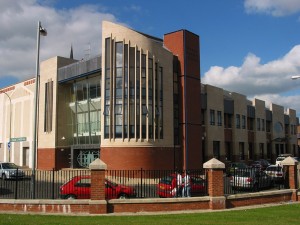 Today is International  Credit Union Day, celebrated by millions of members in over a  hundred countries across the Globe. Three years ago, Derry Credit Union invited me to contribute a piece about the Sixties  for their 50th Anniversary commemorative  brochure . It was never published and I was never really given any clear explanation as to why it was rejected. The Editor told me that he had never seen it but a few months earlier  I had  received a very positive thank-you email from the President, the late Jim Travers.

Anyway for the record, here it is.

The manner of my introduction to credit union was fairly mundane; two men, Paddy Doherty and the late John Bradley called to see me at home in Marlborough St   one evening in 1966 and I was invited   to join the   Board of Derry Credit Union.  ’Time to do something useful with your life’, was Paddy’s blunt encouragement.  I was reasonably familiar with the philosophy of credit union and the aims of the founding members, several of whom were friends, but I had little knowledge of operational practice.  After a few intense meetings in the Rossville Hall, it became apparent that my co-option had been a Doherty choreographed succession plan as the current Secretary, Henry Heaney, was leaving the City to take up a post at Queen’s University.  Henry would later spend twenty years as Librarian at the University of Glasgow, where he held the prized title, Keeper of the Hunterian Books and Manuscripts.

My knowledge of operational issues was acquired as a volunteer cashier every Saturday in the Rossville Hall. My mentors were Margaret Park, Anna White, Tommy Carlin and Sylvia O’Boyle while Sean Drummond ensured accurate returns for the bank lodgement at the end of the day.  Manual Kalamazoo collection sheets and Olivetti adding machines were far removed in sophistication from the real time financial information gathering of today but they provided an opportunity to engage with and explore service requirements among active members. It was in that milieu that I recognised the potential of a young Sean Mullan and recommended him for Board membership.

Members required a continuous stream of information on how best to make use of a rapidly developing community banking service. I had responsibility for that process alongside my other duties. New members’ meetings were sometimes reminiscent of the day job with people waiting for the bell to go at the end of my talk so that they could open their accounts.  Well informed, active members were the best advertisements for the service that we were trying to provide.  Visiting delinquent members was not the most popular activity among some directors but it was a vital exercise and occasionally opportunities arose to re-establish some of these members in the mainstream of the credit union, restoring dignity, self-esteem and confidence in their future. My nocturnal companions on these sorties were Eddie Meehan, Hugh Toner and Paddy Doherty. As Education Officer, I was executive editor of a credit union magazine, Prosper, which was supported by the three credit unions in the City. It achieved the modest aims to which we aspired – providing members with an information flow, a platform for credit union views and a vehicle for collaboration between the three credit unions.  The copy was provided by credit union activists in addition to guest contributors such as the Taoiseach, Jack Lynch and  Brian Friel, while individual covers and design were donated by an art teacher friend, Brian Ferran.

John Bradley was asked on one occasion if he thought that the Derry CU Board could have managed the City. “They could have run the Country, North and South,” he answered.  In the light of the later national and international career success of some individual Board members, his reply may not have been totally apocryphal. The Derry Board of the sixties consistently exhibited a rich and creative fecundity, unparalleled in my experience of a range of other organisations. A broad cross section of the male community in the City was represented on the Board; we may only reflect in shame at the inexcusable absence of women who traditionally had managed household budgets and whose expertise received very belated recognition.  The frivolous use of the Women’s Committee to make tea for social occasions was gratuitous and demeaning.  Derry Credit Union priorities were to mobilize the excluded and to provide a first class service for them; Doherty chaired Board meetings with his customary drive, energy and imagination. Occasionally Paddy would soar too enthusiastically on a flight of fancy, the merits of which were neither fully endorsed nor understood by the Board. John Bradley, an experienced business man of admirable wisdom and common sense, would take him quietly aside afterwards and discretely indicate the possible pitfalls.  My task as secretary was to ascribe planned action to individuals and to check regularly on the progress of implementation.   Reporting back was occasionally robust and always rigorous under his presidency. He convinced the Board and crucially the Treasurer, John Hume, for whom prudence has long been a characteristic virtue, that our target should be rapid growth through membership expansion and building share capital. Revenue generation to cover operational costs and reward savers from the earliest days was an aim that was achieved through our lending policy and the sound judgement of the Credit Committee.

Rossville Hall will always be regarded as of prime significance in the history of Derry Credit Union; it was our first home but even the most sentimental would readily recognise its shortcomings, particularly in meeting our responsibilities to employees.  Paddy Bailey of CUNA Mutual, one of many international leaders to visit us, presciently labelled it  a ‘tinderbox’.  Custom-built premises were a priority to optimise our immediate needs to members and staff; they would also be a convincing symbol in the image branding to which we devoted considerable energy.    By 1967 a brown site in Abbey Street had been acquired, plans agreed with our architects, White and Hegarty and work begun with the building to be ready for occupancy by the summer of ’68.  There were some delicate signs of detente appearing in Northern Ireland; two years earlier, the Stormont Prime Minister, Terence O’ Neill, had met with Taoiseach, Sean Lemass and had visited a few safe, middle-class, Catholic schools, shaking hands with some nuns in the process.  The whole credit union movement is committed to non-political, non-sectarian and anti-racist principles. In Board discussions about the official opening of the building, there were some who favoured an invitation to O’Neill as Prime Minister to perform the ceremony; they argued that it was as Head of Government, and not leader of the Unionist Party, that he would be participating. It was also felt that this would underline our claim that the service was indeed open to and welcomed all citizens. At an early stage in the discussions, Phil O’Doherty, a giant pillar of common sense, wisely intuited the massive potential for calamity and his resolute obduracy saved the Board from plutonium grade obloquy in October 1968.  As it happened, the Presidents of CUNA International and CUNA Mutual ,   the Board’s original and long standing choice,  were not deterred by the global images of a riot torn  City and performed the opening ceremony together.

Events elsewhere in the City became a focus for the energies and commitment of two of the most experienced Office-Bearers, Paddy Doherty and John Hume and they prudently left the Board.  Following stern advice from the outgoing President, I remained to provide continuity under the Presidency of John Bradley in strangely vibrant times that made new challenges on each of our members.     I married a Scot in 1971 and left the City to live in Edinburgh.    Not long after my arrival there, I met Bert Mullen, a Glasgow visionary, who had just helped to launch Scotland’s first credit union in Glasgow. The story continued.