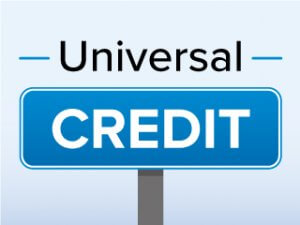 Growing up in Ireland, the Paupers’ Field and the Polo Field were our childhood play areas. As children, the emotional overtones did not register with us nor did any real distinction occur between the  two grounds. Seventy years later , I find those memories strangely relevant to current society as the gap between rich and poor becomes a rapidly growing chasm.

The Universal Credit Scheme for payment of benefits was introduced by the Cameron, Tory led coalition. It was meant to cut costs but was presented as the most efficient way to combine benefit payments and to help people back into work. In reality, it was a stringent austerity-driven attack on the poor , driven by the emotionless and blundering Iain Duncan-Smith, the most catastrophic appointment since Alexander III became Tsar of Russia. From the start, Universal Credit  has been characterised by incompetence and inhumanity. In its damning report last week, the National Audit Office (NAO) said : ‘the benefit s that it set out to achieve through universal credit , such as increased employment and lower administration costs are unlikely to be achieved.’  In fact the bill currently stands  at over £2b pounds and rising; it is estimated that  the scheme will cost twice as much to implement as that which it seeks to replace.

Claims are paid late, causing great distress to vulnerable people as their debts and arrears soar; it is grotesquely  embellished with brutish sanctions and deliberately cruel treatment of people with disabilities. Late payments are delayed on average by four weeks; this in practice means that families in 21st century Britain have to survive for at least four weeks without any income. Parasitical loans vultures and Pay-to-Own companies flourish in the poorest areas; food banks are an imperative for many families.

Alok Sharma, a Junior Minister,  was wheeled out by  Government to take the flak in the wake of the NAO report.  With  un-ironic lips , he declared unashamedly  that   Universal Credit was a positive reform which was ‘transforming peoples lives’  .  He was unintentionally right about that – it is altering the lives of many but to a much worse situation. No attempt was made to address the content of the report which questioned  and condemned fundamental aspects of the scheme.

Paupers’ funerals are on the increase. One local undertaker told me that he now seeks assurances from the bereaved that they have sufficient funds to cover  costs before he will undertake  a commission. In many cases,  the Social Fund covers less than half the cost of a basic funeral and local authorities    have to fund the deficit.

Meanwhile the Telegraph reported last year that the sport of polo is in rude, good health and that the number of active clubs in the south increased by 20% last year.

It was Mahatma Ghandi who said that ‘a nation’s greatness is measured by how it treats its weakest members.’