Dinner with the Special Branch 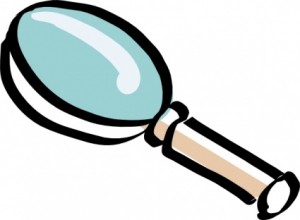 My job for the last seven years before retirement involved me in frequent air travel, sometimes on a weekly basis. I spent a lot of enforced  time hanging about in transit lounges. We are told that Edward Snowden, the NSA whistleblower , is permanently stuck in one at Moscow’s Sheremetyevo Airport. He has my sympathy – that’s a brand new emotion, feeling sorry for an American spy. He had hoped to fly on either to Ecuador or Venezuela but the crafty  State Office had chillingly revoked his passport. How many Styrofoam cups of bad coffee will he have had since landing there nearly a week ago? Has he any cash  left? Has Vladimir paid him a quiet courtesy visit?

The Americans claim that he has betrayed his country.  President Obama wants to see the rule of law obeyed and he should know since that’s what he did before he landed the White House job. What does International Law say about sending drones into refugee camps and killing dozens of innocent people?  Speaking in Berlin,  the President called for tight controls on the “use of new technology like drones and balancing security with privacy” but said he was confident the US could strike the right balance. That’s Washington speak for ‘we will do whatever we want because ‘we are the US of A.’ Obama also insisted that US surveillance programmes were aimed at “threats to security, not the communications of ordinary persons” and said “they keep people safe in Europe as well as the US”.

Snowden has challenged that, believing that the CIA and other security agencies, including GCHQ, were actively using technological  advance to pry into the private business of individuals – unjustified and unjustifiable snooping on innocent social media account holders. We have always known and tacitly accepted that a modicum of surveillance, within the legal, parliamentary framework, went on in all nations in order to guarantee the safety of citizens. However, what we learned from the Snowden disclosures in the Guardian  was that the Americans and most European nations have been examining private data on an industrial scale and warehousing most of it.

‘Whatever you say, say nothing’ was an adage  learned at an early age in Northern Ireland where I grew up.   In 1965 as Secretary of a debating society in Derry, I took the President of Sinn Fein, Tomas MacGiolla,  to dinner  when he arrived from Dublin. We had invited him to speak to the Society at a time when there was a supposed detente in Northern Ireland politics under Terence O’Neill.  A trade union friend told me later that the next table had been booked by the Special Branch and that they had listened with interest to our conversation, conducted in Gaeilge,  throughout  the meal. I hope that they also spent that hour in ignorance.