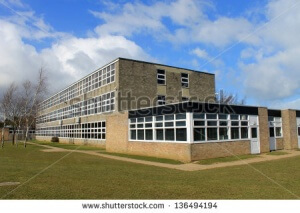 After the inclement weather over the past couple of weeks, many parents will today  welcome the end of the school holidays. For many, an anxious few weeks lie ahead as their children prepare to sit   Highers at the end of this month. However, the greatest disruption will be in Edinburgh where Council officials announced late on Friday last that seventeen of the City’s schools ( 12 primary and 5 secondary ) will remain closed indefinitely as engineers have deemed the buildings unsafe.  I had some sympathy for the  hapless, shell -shocked Council Leader, Andrew Burns,  as he was interviewed on BBC Scotland. He has inherited an educational and financial mess for which he had no ready answers.

A wall at Oxgangs Primary School collapsed as Storm Gertrude raged through the City in January. A comparatively new building, it was one of a tranche of schools which were erected  at a cost of £130 million under the PFI scheme within the last ten years by the same consortium, Edinburgh Schools Partnership; the builders were Amey and Miller Construction which have now been taken over by Guildford Try. The capital cost was £130 million but repayments on the lease over the next twenty years will bank  a disgraceful £1.6 billion for the consortium.

Private Financial Initiative (PFI), which has now misleadingly been renamed Private Public Partnership (PPP) ,     was the brainchild of the Tory Government under John Major but was adopted enthusiastically  by New Labour with  Chancellor Gordon Brown as High Priest and Arch-Evangelist .  It allowed ministers to secure large sums to invest in popular projects, such as new schools and hospitals, without paying any money up front. Repayments are made over a long time scale, usually between 25 and 30 years but occasionally as long as 60 years and at a high rate of interest.

That means that large debts were being  stored up for future taxpayers – which now have to be repaid.

Under a Treasury sleight of hand, PFI debts do not form part of the deficit balance sheet. It is capitalism at its most exploitative.  Hospitals and other public buildings were erected under the same financial mechanism;  the new Edinburgh Royal Infirmary is a painful  example; it   was built by the Consort Healthcare consortium, made up of Balfour Beatty Construction, Morrison Development and The Royal Bank of Scotland, which is reported to be receiving £1.26bn by 2061 in exchange for initial capital costs of £184m. In total, the final cost to the public purse will be £1.5 billion – an exorbitant profit for the consortium and a huge burden for tax payers.

My good friend, Edinburgh resident and EIS buddy, Malcolm McIver, tells me that the articulate and highly educated, middle class parents of pupils attending the Royal High School will lead the charge to secure a safe and orderly education for their children as well as  compensation for the disruption to the lives of  these young learners ; they will again raise the issue of costs to rate payers and demand clear answers. The lawyers are going to be busy. This catastrophe has enormous , political , financial and educational implications.

Somebody must be made to answer. And quickly.