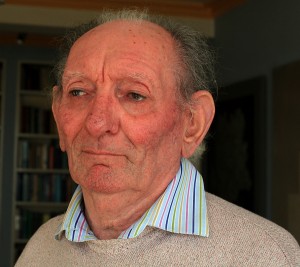 The audience at the Lyceum last night had braved zero temperatures to watch Brian Friel’s ‘Faith Healer’ and they were well rewarded by a courageous production. The delivery of the monologues, which form the structure of the drama, is demanding for even the most accomplished of performers; John Dove’s direction in a repertory theatre is a landmark one for the company and fully deserving of the many fulsome reviews it has received from the critics, including those from the Guardian and the Telegraph.

A faith healer, his wife and their promoter tell us from fragmented memories  tales of their time on the road together. The audience has to decide whether the different versions result from the passing of time, deliberate deception or possibly an inability by Francis Hardy, the seventh son of a seventh son, to face reality. The programme notes drew attention to the unresolved questions which remain as the ‘Irish Troubles’ have merged into a fragile peace and quoted Hardy:

It’s an apposite metaphor for   politicians, north and south of the Border in Ireland. There is a deep vein of Unionists who are unwilling to accept change in the Six Counties and, with the approach of an election, they believe that message plays well with their core support. Their intransigence, of course, means that the Executive Administration barely functions as a Government. Similarly, in the South, the governing coalition, like Francis, finds  reality unpalatable but has nothing to offer the electorate but the continuing  austerity dictates of Europe. It has been unhinged by the dramatic rise in support for Sinn Fein, currently the most popular party in the country. In a suspension of irony, worthy of Gilbert and Sullivan, the Government is considering an invitation to Buckingham Palace to attend the centenary  of the 1916 Uprising; a front row seat for Royals to celebrate a rebellion against the Crown!

Friel’s work  has frequently been compared to that of Chekhov  whom he greatly admires and has translated for two productions at the Edinburgh Festival. ‘Faith Healer’ has a depth of meaningful language that makes a significant landmark in the rich tapestry of Irish Theatre. Words and their overtones are highly important for this hugely successful writer.

He conveyed this forcefully to me when we met just after his 80th birthday at his Moville home for some pictures a few years ago. I told him that I had greatly admired a performance by Ken Stott as the Faith Healer in a National Theatre production the previous year. ‘Didn’t like him,’ replied Friel, ‘fluffed his lines on the opening night.’

Unforgiven by a verbal maestro.