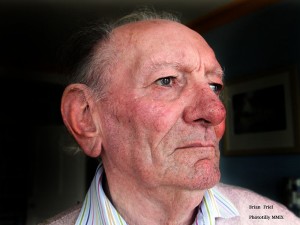 I love the continuing commitment of French cinema to a quality and tasteful aesthetic. The camera lingers, allowing the viewer to imbibe landscape and beyond. BBC4 this week screened ‘You will be my son’ in its consistently excellent, Sunday night continental series .  Set in a successful Bordeaux vineyard,  it laid bare a tense father/son relationship. The irascible father is miserably domineering towards his only son, who, in the father’s words, ‘lacks a palate’, despite his pedigree.  As the dead grapes are plucked and discarded, there is a strong sense of foreboding in this lustrous landscape.

It is nearly fifty years since I first saw Brian Friel’s ‘Philadelphia, here I come’  in the Abbey. A hugely successful classic, there are currently six different productions of it on World stages. The twin themes are emigration and the generational logjam in communication between father and son. The shopkeeper, O’Donnell, is a controlling patriarch but he esentially differs from the film’s wine producer, Paul, who maliciously wishes to dispatch his offspring and adopt another; in Friel’s drama, the son is loved and wanted but the father cannot express this emotion.

With me at that first production of Philadelphia was an older friend, a successful, Derry business man. Normally a reticent individual, he confided to me during the interval, ‘ Do you see old Screwball O’Donnell? That was my father.’ He didn’t enlarge on that but after his death, I learned that he had gone to study Medicine at UCD and had won the Gold Medal for achievement in his first year there. Early in the new term of his second year, his father summoned him home to work in the shop. He dutifully obeyed; it’s Ireland’s story and tragedy.

Scotland has long endured a patriarchal relationship with its southern neighbour. We recall Tony Blair’s comparison of the Scottish Parliament to a Parish Council, given some limited power by a benign, larger authority; Henry McLeish, as First Minister, was chastised by London for referring to the Scottish Executive as the Government and Gordon Brown summoned Finance Minister, Jack McConnell, to London and bluntly delineated to him the precise limits of Holyrood’s economic power; Thatcher made guinea pigs of Scots for the launch of the poll tax.

Vote YES on September 18th to escape this suffocation.