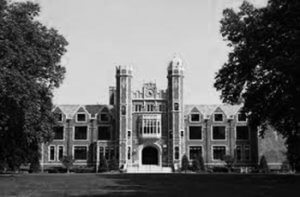 ‘ The Prime Minister should stop “obsessing” about grammar schools and order a massive expansion of vocational education to address skills shortages that will worsen after Brexit’; not my words but those of Michael Wilshaw, the Head of Ofsted, whose job is to advise the Government on standards in schools and to offer advice on policy. It is not the first time that politicians have chosen to ignore or over-rule the advice of experts in the field; the politician psyche is one of always knowing best in every conceivable area from childcare to nuclear armament.

Since education is a devolved matter, the Prime Minister’s delusions will apply only to England. Scotland is firmly wedded to the comprehensive system which has the support of Scottish parents and educationalists. Grammar schools are a contentious issue in the Six Counties and are supported only as policy by the DUP.

Lynsey Hanley in her book , ‘Respectable’, writes  that  Society is often talked about as a ladder, from which you can climb from bottom to top. The walls are less talked about. Her book describes how people try to get over them, whether they manage to or not.  Hanley examines class aspiration and social mobility through the lens of her own life; providing a fascinating insight into what it took to leave her home in Chelmsley Wood, a vast council estate near Birmingham, and make her way against the odds through sixth form college, university and on into the world of professional journalism. She thoroughly debunks the meaningless aphorism that we are all middle class now.

I passed the 11+ and attended a grammar school in Derry for six years. During that passage, it soon became apparent that both teachers and  school management had given little thought to the changes in its pupil population which the new Education Act had brought. It was established to educate the sons of the professional and business classes and made little attempt to adapt to its new working class intake . Indeed, some of them were treated in a scurrilously contemptuous manner by the established staff. That contempt is well documented by contributors to Jude Collins’ book , ‘Tales Out of School’.

Theresa May’s biggest problem , of course, is BREXIT and the floating of a return to grammars is kite flying, a smoke screen to deflect from the real problems of a government which does not know where  to start to tackle them.

Grammar schools will not provide the huge majority of English, young learners with a means of empowerment.

BREXIT will make the ladder even more formidable.