What we learned about Scottish Labour from Jackie Bird 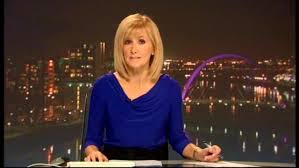 The BBC presenter, Jackie Bird, has been the recipient of sustained online abuse from a coterie of SNP supporters since   the Referendum. There is certainly a   justifiable perception of bias in the BBC but this is an editorial policy and not one made by presenters. The SNP has quite rightly distanced itself from some of these cyber bullies but probably could do more to trace and take action against any who may be members. The puerile quality of the language used in a lot of the posts  suggests that the authors are not the brightest, political thinkers in the country but, nevertheless, they damage the Party and provide others with ammunition.

Some time ago, she presented the documentary, ‘The Fall of Labour – a BBC investigation’. Rather than going for forensic examination of the policy and personality issues that caused the decimation of Labour, Bird adopted a reassuring and gentler tone which  prompted damaged individuals to blame everyone but themselves for the calamity. It was an internecine family at war and corroborated many  of the points which I made in the blog, posted in the days after the Election:-  http://phototilly.scot/decline-fall-scottish-labour/

Jackie Bird had assembled for interview most of the List B Labour players who made enough reference  to the elite A group for us to deduce that things were even worse than we thought. In retirement, Jack Mc Connell and his predecessor, Henry McLeish, have developed skills to highlight problems but offered nothing by way of solution. ‘Better Together‘ was a thoroughly bad idea, opined McConnell but we never exactly learned why that was the case. As the Labour Party has moved right, you can’t really say that forming a front with the Tories was a mistake because in reality they have now both been staking out the Centre Right as their preferred territory   since 1997. Corbyn is merely a temporary  distraction from the real pursuit. Ironically, the only space given to the trade unions was in an interview with the retired Tommy Brennan, whom some   may remember calling for a ‘new realism’ in industrial relations and refusing ‘to be nailed to the miners’ cross‘. Here he was trying on a bewildering re-invention, suggesting that it was the Party which had  left this old socialist.

The selection of Labour candidates for the first    Scottish Parliament obviously remains a deep sore with many members, including the surprisingly affable Ian Davidson who is clearly still smarting at his rejection. David Whitton, former General Secretary and confidant of Donald Dewar, suggested that Davidson failed for breach of dress code – and this to an adult, post watershed audience.  Among those initially turned down also  was Susan Deacon who was judged to have too many left leaning ambitions for the working people of Scotland. She was reprieved and proved herself one of the most effective ministers at Holyrood and reinforced that with her contributions to the programme.

Jackie Bird’s skill in encouraging these spurned failures to open up has done valuable work for the SNP, if it needed any further assistance.

Let’s show her some gratitude and fair play.