Life is short for too many 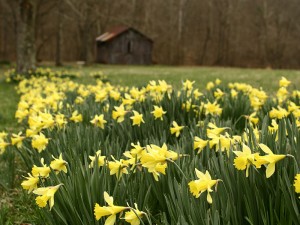 Peaches Geldoff ‘s funeral will be held tomorrow at the little, village  church with which the family has tragic and joyful association, two marriage and  funeral services. In this digital age, her death at the age of 25 has provoked expressions of grief from people whose only awareness of her was through television and the newspapers. Media attention focuses on the personal and the catastrophic. Many of the World’s young people die far too soon and are largely un-mourned outside of their family circle and close friends.

The implications of the sinking of the South Korean ferry are appalling. Most of the missing children and those already pronounced dead came from the same school. Aside from the loss to the families, this could mean the disappearance of a whole generation in their home area. This is not unprecedented; the Scottish folk song , ‘ The Flowers of the Forest’ is a lament for local manhood slain in Battle at  Flodden, fighting for James IV.

” The Flooers o the Forest are a’ wede awa”

We are told that 4000 British and American troops died in the Blair/Bush illegal invasion of Iraq. The Broadcast media provided a grim, sometimes daily, visual spectacle in Wootton Bassett of the repatriation of dozens of  young working class men and women, killed in a conflict that many neither understood nor supported. What we heard very little of, was the figures for innocent Iraqi civilians who were massacred in this piece of ideological posturing. Estimates of the dead, including women and children, vary from 500 000 to  1million +.

When we worked in Zambia, infant mortality rates were about 18% and life expectancy was 38 years. Forty years later, as a result of the Aids epidemic and relative inaction by rich, Western nations, the figures are even more shocking. Occasionally, some NGO will succeed in attracting a film crew to an area and a shocked British or Irish public will donate generously to the subsequent appeal, a sticking plaster solution.

For Christians, Easter marks a death by crucifixion but the overwhelming message for them is in the Resurrection, one of hope and expectation. There has been unparalleled, technological advance in this information age but the North/South divide is still bleak, stark and unacceptable. There are unstinting volunteers in organisations such as  Médecins Sans Frontières, the Red Cross and dozens of others; they bring messages of hope and support to the millions in the developing World on a daily basis.

We mourn Peaches, Keane Wallis-Bennett, killed in the changing room at her Edinburgh School,  the thousands who have died in the Syrian conflict and all the other short lives which have been abruptly terminated. Like Spring flowers they brought joy into our lives for all too brief a period.