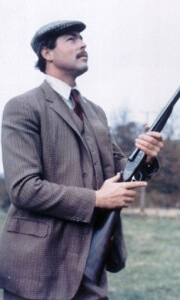 The resuscitation of the Lucan story this week,  when the High Court in London granted a death certificate to the family, may perhaps give some pause for thought to the vocal minority around Dublin who question any celebration of the Easter Rising in its centenary year.  Honouring men and women of violence is unthinkable to  them.   And yet, these same people are perfectly ambivalent towards the history of an English aristocracy whose actions caused iniquitous misery for the lives of thousands of  Irish people, particularly in the West and in Castlebar, currently represented in the Dáil by  the Taoiseach, Enda Kenny.  Fundamental to their argument, is the premise that the leaders of the Uprising had no mandate for their actions;  Fintan O’Toole recently described them as ‘a minority of a minority’.  In the same piece, O’Toole claims that Unionists saw the Rebellion as ‘a stab in the back’; that is a pretty surprising deduction, given that Carson with the support of Randolph Churchill, was busy raising an armed Protestant militia, the Ulster Volunteer Force,  to resist Home Rule.  This questionable,  democracatic action  escapes Fintan’s attention.

Violence in Ireland long preceded the Easter Rising which in the context of  rebellions was short lived and in reality little more than a skirmish; the indiscriminate actions of General Sir John Maxwell caused more casualties and physical damage to the City than  the ‘rebels’did. The Lucan dynasty and their cohorts wrought devastating hardship on Irish people  for hundreds of years and especially during the Great Famine.  Mayo was especially bad; starving and dying people roamed the streets of Castlebar. The Earl of Lucan saw the famine as a potent indicator for clearing the land of peasants which he set about with vigour. Violent evictions were wholesale; to allow people to remain on unproductive land, he regarded as criminal sentimentality. In Parliament, Lucan argued with satanic semantics  that these were processes for recovery of rent and not evictions.  Cromwell wrought havoc among the poor in the mid seventeenth century with his confiscation of estates. Violence  has many forms but it is always the poor who suffer most.    For more than 250 years, the island of Ireland was treated as any other colony; a landed elite oversaw the maximum extraction of resources, often violently enforced, with the minimum of regard for the people actually inhabiting the territory.

Irish land reforms did not significantly improve the lot of many tenant farmers; they simply  created a class of peasant farmers who were allowed to compete in a free market which frequently operated in adverse ways to their needs. The planted aristocracy continued to draw rents; many home-owners, whose houses are on land once owned by the  recently declared dead Lucan, still pay significant sums to his estate; indeed, the current Taoiseach  had to ‘buy out’ for a considerable amount the freehold  on his office premises in Castlebar.   Successive Irish governments  have failed to tackle the issue of smallholders paying ground rent to absentee, English landlords. The violence of poverty and injustice causes profound suffering which is every bit as painful as that briefly experienced in violent confrontation.

Dáil elections are underway; it’s time for a radical change in whose interests the country is managed and by whom.