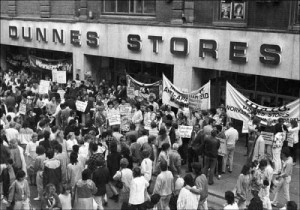 Several  journalists and social network sites have drawn attention to David Cameron’s membership of the Federation of Conservative Students  and their notorious 80’s poster, calling for Mandela, the Terrorist, to be hanged.  He had plenty of fellow travellers, including Nigel Farage, the UKIP Leader and Boris Johnston, Mayor of London.  They espoused the views of columnists  in The Telegraph  and the Daily Mail  which marked Mandela’s death this week with the headline, ‘Death of a Colossus’ . Quite a different tone from the days when it was a trusted supporter of Verwoerd and subsequent racist  regimes.  This quite remarkable volte face has occurred without even a hint of an apology to the ANC leader or to those whom he represented, the majority of the South African population.

Ireland, equally had some who gave succour to the Apartheid regime. You may  recall two gormless, faux-leprechaun performers ( to describe them as musicians would be  a misuse of language) , Foster and Allen, who several times during the Boycott brought  their schmaltz to Sun City,  a Las Vegas type gambling and strip revue centre close to Johannesburg . Those who defied morality and the ban were well rewarded and it seems that lucre always won over principle for the duo as they are now in serious trouble with the Irish revenue collectors.

The most notorious breach of the Boycott was by the Irish Rugby Football Union in 1981. (Hugo McNeill, Tony Ward and Moss Keane refused to travel.) It is safe to assume that a substantial number of the IRFU leaders at that time would have shared the views of the right wing Federation of Conservative  Students Association and would have seen the tour as a badge of honour.  Tony Ward, one of Ireland’s greatest ever  fly- halfs,   said that a previous tour with the Lions had shown him the iniquitous nature of Apartheid. His views cut little ice with  the blazered products of Clongowes and Belvedere who constituted the  majority on the board of the  Irish Rugby Union. Many supporters  saw the tour as a national disgrace and have never returned to Lansdowne Road.

Thirty years ago , ten workers from the Henry Street branch of Dunne’s Stores in Dublin’s city centre went on strike to protest  against the selling of produce from Apartheid South Africa. A year later, the group was joined by another worker, Brendan Barron, from the Crumlin store, bringing their number to eleven. The workers had no idea when the strike started that it would last for almost three years, or that it would ultimately result in the government banning South African goods from Irish stores. Mary Manning refused to check out two South African grapefruit from a customer and was dismissed by the management. Ten colleagues joined her in a picket of the store.  They received little support from the Catholic Church or any other organisation but were joined on the  picket line by the late Seamus Heaney . They  were frequently abused verbally and sometimes physically too  by passers-by.  The courage of these  working class women   was in marked contrast to the actions of the elitist IRFU.

Nelson Mandela was very appreciative of the efforts by Sinn Fein to promote peace in Northern Ireland and  shortly after becoming  President, he invited Gerry Adams to South Africa for talks. I shall return to that topic on a future occasion.

It is hoped that representatives of the Dunne’s strikers will attend the funeral; they deserve to be there.