The Politician and the Photographer 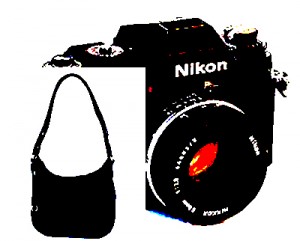 I watched two TV programmes back-to-back last night, the first on RTE was ‘Thatcher – Ireland and the Iron Lady’, followed by a BBC documentary in the ‘Imagine’ series on photographer, Don McCullin. While the subjects were quite contrasting personalities, the programmes shared common themes – attitudes to war, suffering, the effect of violence on individuals and on the wider community.

Thatcher seems to have been attracted to individuals who espoused violence and the military solution – Pinochet, Churchill and the Khymer Rouge. Her chief lieutenant, when she made her power bid in the Tory Party, was Airey Neave, who believed heartily that a successful army never required a recruiting sergeant. His death at the hands of the IRA seemed to have stiffened her determination to achieve a military solution in Ireland, despite the best efforts of some advisers to convince her that it was impossible.  A featured contributor   was her repulsive, chief apologist, Bernard Ingham, who believed that Taoiseach, Jack Lynch, was one of the most useless people he had ever met. He claimed that the Irish didn’t really ‘understand the English’ while, at the same time, senior British civil servants, including the Cabinet Secretary, Sir Robert Armstrong, told us that Thatcher and those around her had  made little  attempt at genuine comprehension of Irish politics. The Anglo-Irish Agreement resulted from pressure through Reagan, who, in turn,  was greatly influenced by the Senate Majority Leader, Tip O’Neill. In that context, it was strange that John Hume was never mentioned since we know that he enjoyed very close relations with the Senator and that the first draft of the Anglo Irish Agreement was  unreconstructed, Hume political philosophy.

The humanitarianism,  absent in the Thatcher documentary, was the principal theme of the ‘Imagine’ piece on Don McCullin. In contrast to Thatcher and her brutal treatment of the families of the Hunger Strikers, McCullin was very conscious of the impact of violence on the communities where it occurred. He talked with quite remarkable frankness of the horror that his black and white images still caused him. “I sleep with the ghosts of many situations,” he told us, especially those that he witnessed and recorded during the gruesome 14 day Tet Offensive.  His images reveal his humanitarianism through his desire to publicise attrocities, often committed in the name of religion, so that the Western reader would be equally repelled by wars, notionally conducted in the pursuit of freedom.

Harold Evans, his editor at the Sunday Times, said that McCullin had ‘a very sensitive awareness of other people’s suffering.’  Scarcely a trait discernible in  the Prime Minister of the time.

Unsurprisingly, given the jingoism of Murdoch and Thatcher, Mc Cullin was barred from coverage of the Falklands escapade by the MOD, mindful of a well documented commitment to integrity and his acclaimed work in Vietnam, the Congo, Beirut  and Biafra etc.

Two people; one a photographer drawn to conflict but never in a combative, exploitative way; the other a politician……………………………