The price of drink is killing us 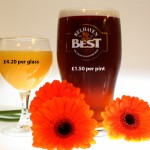 In 1960 the halls of residence were my accommodation during the first year I spent as a student in Belfast.    We were the first cohort   in a brand new building which was inviting, well furnished and provided all  meals at no cost to our families. How times have changed!

Most of us had some form of student grant which seldom stretched to the end of term but small sums could be borrowed from the warden  to be repaid in the next semester.  One Friday evening towards the end of November, I asked for a pound but my credit rating only permitted  ten shillings  for the   pictures. On my way out , I met a friend, Michael, who was similarly broke. Using my windfall  as precedent, he too got ten bob. Always the creative thinker, Michael proposed that we forget about the pictures, pool our paltry resources  and get a few Tuborg.  We had just finished the last bottle when we bumped into Michael’s uncle, a merchant navy engineer, whose ship was in port and he was out on the town.  He delighted in treating us to an evening of Guiness with rum and blackcurrant chasers. It was a couple of palatable and congenial  hours spent in the Hadron Collider. The warden’s principal concern was how we had managed to get in that state on ten shillings.

The price of drink is   on the political agenda in Scotland. Holyrood has agreed minimum pricing at 50p per unit but implementation of the legislation has been thwarted through  Court action by drinks producers, the Scottish Whisky Association and the curiously named trade body, Spirits Europe.  Earlier, both were scotched this week  when the Court Of Session ruled that the Government’s plans for minimum pricing were entirely legal. The complainants’ argument, in effect,  said the measures would restrict trade, even if it could be justified on the grounds of improving health and saving lives. In other words, it was  the ultimate example of profit before people.

The Big Four supermarkets have been complaining too about competitiveness in the market place after this legislation. Walmart established itself across the States by wiping out competition, often employing the most dubious practice. We live in a semi -rural area where you now couldn’t give a pub away because supermarket price slashing has made alcohol 44% more affordable today than it was thirty years ago. And it is not just the licensed trade which has been decimated – independent fuel retailers have disappeared here along with corner shops.

Cameron had plans for similar minimum price legislation at Westminster but these are liable to be shelved after last week’s election  results. Farage, a dedicated tippler, by all accounts, has him in a straightjacket.

My lifestyle will not be directly affected as I have been teetotal  for over thirty years.