Referendum is Bad News for Labour 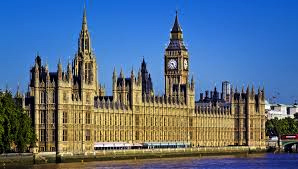 Scottish Labour and, by extension, Ed  Milliband may well be the net losers in the wake of the Scottish Referendum. It is being hit by the double whammy of mass defection in its heartland constituencies to the YES campaign and being ensnared by the Tories in failure to deliver the additional powers which were promised by Gordon Brown in the event of a NO vote.

Brown is being hailed in some quarters as the man who saved the Union in much the same way as he modestly claimed in the Commons to have saved the World, sorry the Banking System. However, examination of the returns shows that Brown took his message to Glasgow, North Lanarkshire and West Dunbartonshire, Labour strongholds that subsequently voted in favour of independence in the Referendum. Undoubtedly, Brown’s intervention will have helped some undecided Labour voters to choose ‘No’. However, the failure to deliver on the additional powers will mean that they also will be contributors to the voice of disappointment and much worse for the Labour Party – disillusionment, dismay and feelings of deception.  A week before the Referendum, I said in a blog,  http://phototilly.scot/gordon-browns-empty-promises/ that Brown knew, as he was speaking, that he could offer absolutely no guarantees on the limited, additional powers that he was proposing. English Tory MPs and some within his own party would be in no mood in an Election year to support additional powers for an ungrateful Scotland.

There are about eight Westminster seats, currently held by Labour  in the West of Scotland, which are extremely vulnerable. Dinosaurs, in a time warp of their own creation, such as the semi-domesticated Ian Davidson and the unpredictable Frank Roy will have a dire struggle to retain their sinecures. There is a growing feeling that Labour has deserted the poor for big business and that Mandelson spoke for them all in ‘being extremely comfortable with the rich’. The electorate has noted too that few Westminster MPs have clamoured to serve at Holyrood and that the drift has been in the opposite direction – Jack McConnell, Cathy Jamieson and Margaret Curran, for example.

Each of the Westminster established parties failed to recognise that the YES campaign was a multi-faceted, bottom up organisation. Many of the most respected voices were not members of the SNP. Young people, in particular, were energised and enthused by the Campaign and 71% of them voted YES. They have recognised that the binary, didactic nature of a Referendum is not a final state; whether things change or not , the main issue will endure, the right to self-determination by a nation, not along lines of ethnicity but through the civic responsibility for people themselves to take the decisions  which affect their lives.  That’s the future voice of Scotland.

The umbrella organisation that drove the YES campaign has morphed into the ’45’ group and has retained the energy and determination of purpose that carried it through the last two years and is deeply intent on rebuilding Scotland in the image that it glimpsed then.

Bad news for the Labour Party.