Spinning a web of deceit 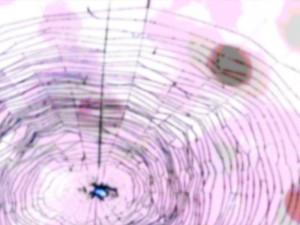 ‘Don’t say that or they’ll know that we  were out at the Loch.’ Our innocent, childhood fumblings at getting the story right, following  unapproved swimming at Enagh Loch were invariably rumbled. In nearly forty years of teaching, a sensitivity to the truth about unfulfilled tasks and other failings developed early. My lasting memory is of the lad in Castlederg who confided that he had to sit up all night with the sow. He was excused because this townee teacher failed to understand the implications of  settled, rural behaviour.

Those who manage the spread of information from organisations to the public today, public relations experts, are engaged in presentation; the media term is spinning. Obfuscation and discombobulating  seem to be highly prized skills. Whitehall and Holyrood are chock-a-block with special political advisers (spas) who are paid from the public purse. Their principal roles are news management and profiling the role of Ministers in the most favourable light. Andy Coulson, currently on trial for phone hacking, was the Prime Minister’s principal, political aide.  The choice of the time to disseminate information is critical. Jo Moore’s famous quip that 9/11 was ‘a good time to bury bad news’ was symptomatic of the political modus operandi and not an exception as the Blair Government at the time tried to claim.

Last week we learned from the Rebekah Brooks’ trial that Tony Blair had offered his support  when the scandal broke and prior to her arrest on serious corruption charges. In effect, he was offering her assistance in spinning away the full horror of the Milly Dowler story. It also emerged that Peter Mandelson was being lined up as her ‘presentation’ coach.

The hacking of little Milly Dowler’s phone was a grotesque deed. It is not in the slightest bit  surprising that Blair and his ilk were prepared to plot an escape course for the Murdoch crowd. After all, they had produced the ‘dodgy dossier’; something beyond evil which slipped its bounds and resulted in the deaths of tens of thousands of innocent Iraqi civilians, including women and children. It would seem that Blair was prepared to stoop to any deviation, if it suited his needs, or those of his mates, which in this case happened to be  News International.

We very rarely got our stories right.

And a good thing too.