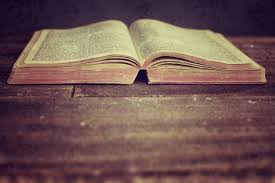 Sajid Javid has proposed that all holders of public office should take an oath of allegiance to British values. What those values are, or represent, is not specifically defined but some ribald suggestions have surfaced on the internet  from warm pints of bitter to mushy peas. Given that Javid  is a right wing  Tory, they are unlikely to espouse old, decent, British values such as paying your taxes, treating workers fairly and rewarding them with a just wage for their labour;  putting communities above profit and wealth creation. ( A report today reveals that most captains of industry will earn more  in the first two days of 2017 than their employees  may expect for the whole of the year.)  Iain Duncan Smith has just traduced the former British ambassador to the EU because in Thatcherite language , ‘he was not one of us‘. Allegiance is required of us, therefore,  to isolationism, racism, xenephobia and the old, jingoistic imperialism of Empire. In this respect, Sajid Javid has form; he proposed that Cameron’s attempt to reform the EU should allow only for free movement of people from  rich nations. Downing st was so alarmed at what moderate Remain supporters might make of this suggestion that he was expressly forbidden to write it down or to make any reference to the idea in public.

In  the Six Counties, teachers were required to take an oath of allegiance to the Crown on appointment   and before   a penny of salary could be drawn.  The principle was exactly the same as that in the  Javid proposal  – to antagonise and coerce a significant section of the population who led peaceful lives as citizens in a failed state; most felt no empathy with the Crown and held the perfectly lawful aspiration that Ireland would sometime be re-united as a republic. And so in 1964, I found myself in the back area of a fishmonger-cum Justice of the Peace shop , repeating the words of the oath on a scale-covered  Bible. I was  unaware at the time that most nationalist teachers  presented themselves to John Bradley, JP, and he signed the offensive document without a word being spoken. Probably what the Church  calls ‘using a mental reservation’.

I did not swear allegiance to a Six County government which from formation had discriminated overtly against  its Nationalist and Catholic population; Sir Basil Brooke, Prime Minister, had boasted that he did not have a Catholic about his place and encouraged fellow Orangemen to do likewise; as a teenager,  I was aware that a token St Patrick’s Day Parade had been baton-charged in Derry;  the Orange Order held frequent parades in the City throughout the year but other citizens, seeking to exercise the same civil right in October 1968, were met with water cannon and the RUC  riot squad; housing was provided only for those whose allegiance was unquestionable; I could write a long liturgy of well documented discrimination by the representatives of the Crown .

At a superficial level, things appear better nowadays but the recent furore over the Renewable Heating Initiative and the arrogance of the First Minister in refusing to accept responsibility for its failure, surely is a return to the old, discredited  ways and the failure of Government.  There is a vestigial lack of respect for valid, dissenting opinion.

Tolerance, democracy and equality are key  values to be promoted.

Oaths are superfluous  and divisive.