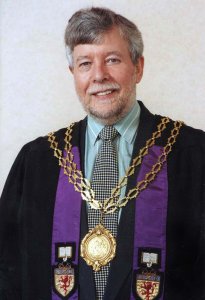 It is just over 17 years since the McCrone  Agreement on Teachers’ pay was signed.  An increase in salary of 23% was received by Scotland’ s teachers,  along with agreement on the implementation of a 35 hour week. It appeared to be a substantial   increase at the time but ,in reality,  it was merely compensation for decades of neglect under the Thatcher regime.   As EIS President at the time, together with my negotiating colleagues, I was very conscious that our discussions with Government would have a lasting impact on the lives of  Scotland’s    70 000 teachers and their families  and the crucial importance of sustaining the outcome , if we were to ensure that salaries would not again to be eroded. Unfortunately, the arrival of a Tory Coalition government at Westminster and the harsh impact  of the austerity regime   has meant  a decline of 20% in teachers’ pay over the last decade .

In a speech at the time , I made these points about the working lives of teachers:

‘ The fundamental motivation of teachers is helping pupils to learn and as I visited schools all around Scotland, I found plenty of  convincing evidence of the flexibility of their approach.

I saw teachers taking classes of enormously varying ability; taking large groups and small ones ; handling technology from chalk board to networked computer suites;  dealing on a daily basis with the fluctuating emotions of children from varied backgrounds – their confidence and insecurities, their innocence and cunning, their openness and  distrust, their generosity and greed, their liberality and prejudice, but most of all their wonder at the Universe  and their genuine desire to know more about it.

To tackle  these challenges requires deep, professional commitment and an infinitely flexible  approach.

Some politicians accuse us of lacking in vision.

There is no group in Society for whom it is a greater imperative to think in the future tense than teachers;

we deal with it on a daily basis; the nursery teacher is instilling social attitudes and communication skills that have lifelong implication; the Early Years primary teacher is promoting lasting numeracy and literacy skills; at S1 teachers are already  considering the links for their pupils  with further and higher education and so it goes on.

Teachers foresee the next generation of adults in society; politicians concentrate the bulk of their anticipative energy on winning the next election.  Those two visions seldom converge, with the result that there is today a widening gulf between what teachers feel is profesionally appropriate and that which is  unreasonably demanded of them politically.‘

Education needs investment. Austerity is having a deleterious effect on the education of our young people. Experienced teachers are departing from the profession and posts remain unfilled , leading to teacher shortages throughout the country.

Education  needs to be fully funded and that requires investment in teachers by the Scottish Government now.