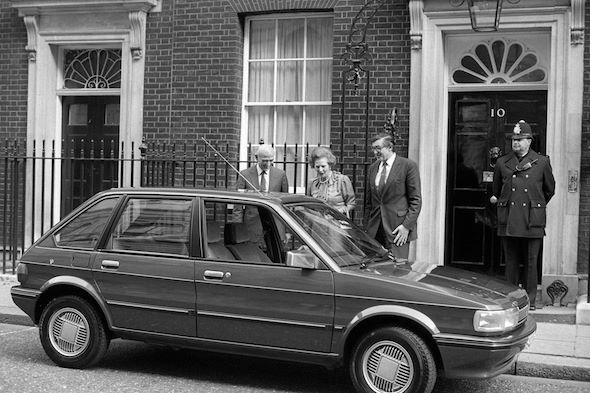 The death of Margaret Thatcher has brought predictable response from political and community groups. The Conservative Party, conscious that its chances of winning the next election are slim and that the late Baroness still commands ardent support among the dedicated faithful and in sections of a right wing media, have said all the right things. Labour research and policy writers will have long  prepared a suitable response for Milliband and leading Shadow Government personnel. Nick Clegg tells us that his Party is working for a stronger economy in a fairer society; he described her  as “one of the defining figures of modern British politics“. Sitting on the fence again, Nick – some of the natural LibDem hinterland still find Coalition with the Tories unpalatable. Alex Salmond too will want to be seen as statesman-like but knows that the late Margaret had few supporters in the country that he wants to lead post-independence. It is not surprising, given the obscenities of the Miners’ Strike, that there is a lingering bitterness in those shattered communities and that it has found expression. The people there will see little reason to mourn the passing of a politician who with the support of the Police force devastated their lives, families and communities in pursuit of crude ideology.   In politics, the American people frequently appear to see life in simple terms. After all, they did elect Richard Nixon, Ronald Reagan and George W. Bush twice. There was admiration of Thatcher in Washington for her anti-communism and strident Free-Marketeerism. No surprise there then.   No official comment has emerged from Argentina but a trade unionist aligned with the Government, recalled the sinking of the Belgrano war ship in which 323 Argentinean lives were lost – still a highly sensitive issue in Argentina – adding, “may God take pity on her soul”. There are many people in the UK who would share those sentiments and who firmly believe that the decision to sink the Belgrano, as it steamed away from the Exclusion Zone, was a war crime. The Sinn Fein President, Gerry Adams, clearly articulated the views of many Northern Irish Nationalists when he accused her of pursuing “draconian, militaristic” policies which prolonged the conflict. Her uncompromising stance over the hunger strikes in the Maze/Long Kesh prison in 1981 defined her as a republican hate figure. She refused to back down on her policy of criminalisation of IRA inmates. A total of 10 prisoners starved themselves to death in an attempt to secure prisoner of war-type privileges. In context, she is only one of a number of British Prime Ministers who remained utterly despised in Ireland, following their deaths – she joins Lloyd George and Churchill in this respect. Professor Tom Devine articulates the reasons behind the rise of Scottish Nationalism and assertion of a quite separate Scottish identity. “Where then stands the relationship between Margaret Thatcher, the Thatcher years and the rise of devolution? The connection was profound. First, the Tory governments of that period changed the Union relationship which had been in place since after the Jacobite risings of the mid-18th century. Over many generations, the Westminster government had kept out of Scottish politics in a condition known as “semi-independence”. Now there was to be full-scale intervention which conflicted deeply with Scottish political and social values. One of the reasons why devolution became more favoured was that a Scottish parliament was seen to be a potential protective shield against such alien policies.”