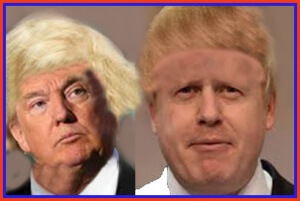 Sovereignty is the Brexit buzzword.  My dictionary suggests  some synonyms for it – supremacy, hegemony, ascendancy  and domination among others. The front men in their campaign, Johnson, Gove, Villiers and Farage  would be quick to assert that they are merely seeking a self-governing state with powers to enact their own laws and control of borders. However, the movement reeks of old Empire and imperialism.

Last month, on a visit to India, David Cameron was euphoric in his pride of the British Empire and its global impact but he stopped short of an apology for the massacre at Amritsar when troops fired and killed hundreds of unarmed civilians. Eulogising the past glories of Empire infects the Tory Party and many others.  The British media   and a deficient history curriculum have convinced modern England that the Empire was ‘a good thing’.

Colonialists,  over a long period of time, established a system of subordination, drawing over existing, political structures with a red marker, granting positions of power exclusively to colonial agents or  supporters. Freedom movements were told, ‘you’re not ready for independence’  and most brutally suppressed. The Kikuyu people of Kenya suffered grievously at the hands of Empire under Winston Churchill as Colonial Secretary. The British left behind a legacy of poverty, disempowerment, decimated cultures and political systems. I can remember learning about Clive of India in an Irish primary school but the Bengal Famine never featured in those texts. For that matter and much nearer home, neither did the Irish ‘Górta Mór.

Brexit supporters dream of  Empire days, lead by Michael Gove who had plans to wrap   schools’ literature programme in the Union Jack; Boris Johnson  invoked the ‘Spirit of Churchill’ , another well documented racist, when he announced his support for the Leave Campaign. Nigel Farage , whose opinions I will not dignify in print , shares  their platform. The DUP was formed by an arch bigot and one whose views still define the Party and its members.  The Treaty of Rome is one that Gregory Campbell and fellow travellers dearly wish to flee.

Across the Pond, Donald Trump, son of Fred, who reportedly had a fondness for dressing in  KKK attire, has, unsurprisingly, made race and ethnicity central to his campaign for the Republican nomination.  He has called Mexicans rapists; threatened Muslims with  total exclusion   from the US and suggested at a rally that a Black protester needed some roughing up. When Trump talks about ‘making America great again’ , it is the Brexit soundtrack.

Trump questioned Obama’s right to contest the Presidency in 2008 and repeatedly called for him to produce his birth certificate. With similar subtlety, Boris Johnson questioned the right of this ‘part-Kenyan’ President to have a view  on Britain’s membership of the EU. In an appealing piece of symmetry , Obama skewered each of them – Trump at the White House Correspondents dinner (https://www.youtube.com/watch?v=k8TwRmX6zs4 ) and Johnson at a press conference last week in London.