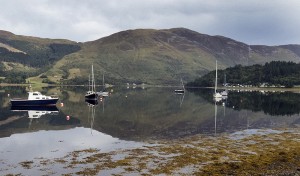 I have lived in Scotland since 1971 when I married a Scot and set up home in Edinburgh. Our three children were educated in Scotland and continue to live here now  with their own families.    For three decades, I taught in Scottish schools, was elected President of its largest teaching union and have been an activist at local and national level in the Scottish credit union movement. Do I feel Scottish? Not in the slightest but then I have never considered myself British and have always held an Irish passport. Do I empathise with the social sensitivities of the Scots – most certainly.

The Scots view their communities and society through a prism of social justice . I listened to part of a BBC Scotland phone-in programme today where the presenter struggled to find any caller to take sides with a Tory advocate of stiffer sentences for ‘benefit cheats’. Many asked why not a single banker  had faced the courts and one inquired if it was appropriate for Nick Clegg to claim for his tv licence on parliamentary expenses. Scots readily  separate the wheat from the chaff; they do not subscribe to the demonisation of the poor which spills from the Daily Mail and David Cameron. Most Scots are appalled by the zeal of the Coalition Government in hammering the most vulnerable for the failure of capitalism.

The ‘No’ campaign, at an early opportunity, with all the delicate finesse of  a slurry spreader, decided that ‘a scare story a week’ from their allies in the media would ensure defeat for the Question in a year’s time.  Thus we were treated to the ribald absurdity of ‘Scots to pay mobile roaming charges’, pension deficits,  border controls, re-negotiation of a trillion pieces of legislation and so the list went on. I have no doubt that there are still some in the locker – famine forecast or  a great plague are still to come. ‘Better Together’, as their campaign is called, has  provided some laughs. However, we should not really be amused at the discomfort New Labour and the LibDems must surely experience with each new draconian announcement from Westminster. The Tory Party conference should be a right hoot.

Quite ostensibly, Scotland is a country gifted with considerable resources in both human and material terms. A YES vote in the referendum will provide the people of Scotland with an opportunity to determine how best to deploy its wealth in the best interests of all of the people who live here. It will allow for investment in public services and not cuts in subsidy as London would have it.

I am not a member of any political party, although in my time here I have scattered my votes around most of them with the exception of the Tories. My decision is not a party political one but rather is based on   old fashioned principles of social justice and a nation’s right to self-determination. One year from today, there will be  the chance to create a Scotland where we will take our own future decisions about the kind of society we want to live in.