I was wrong about IDS 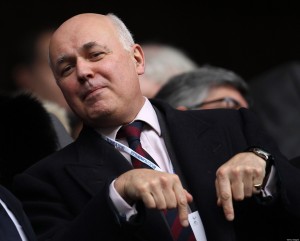 I was seriously wrong about Iain Duncan Smith when I described him in an article as ‘ a breath of fresh air’.  About eight years ago, in the interests of the Credit Union Movement, I agreed to one of those hackneyed, template interviews where responses are required   to a fixed set of questions. In one about meeting famous people, I described my impression of an encounter in Glasgow with IDS in those terms. In fairness, I had prefaced my answer with the caveat that meeting with well known individuals did not imply shared values.

In 2002,  I was one of a  group of people who were asked to meet with IDS when he visited Easterhouse. As often happens, the suits outnumbered the residents in compliance terms. However, in fairness to Smith, he listened attentively to those with whom he did meet, appearing genuinely moved by the degree of poverty that he witnessed and gave a commitment that he personally and any future Tory Government would try to address the problems that he had encountered on his visit. I know that he made several subsequent appearances without the Press , including attendance at the funeral of a son of one of the volunteers by whom he had been greatly impressed on his first visit.

He established the Centre for Social Justice and kept in touch with the community activists that he had met in Glasgow. I received an invitation to come to London to talk to him and his group about the role of credit union in poor communities. His office was in a penthouse suite of Goldman Sachs off Fleet Street. On arrival, the receptionist told me that Mr Smith and his colleagues were over-running with another presentation and inquired if I would care for some tea. A waiter, in full morning dress, brought me a silver teapot and a china cup on a salver. A way of life in lurid contrast to those whose views I was about to represent. I was listened to politely and questioned intelligently in the  meeting with IDS.  Credit union has been a focus for the DWP in the last few years, albeit the model presented is one with which most Scottish and all Irish credit unions would have little empathy.

There is a strong, political narrative at Westminster which demonises the poor and drags discussion on poverty issues into the sewers of the US system – ‘all must stand on their own two feet’. The Benefit changes are a stark example of the war on the poor for totally ideological purposes It has no resonance in Scotland and underlines why many thinking people in this country, who genuinely want a fairer society, will vote ‘YES’ in the  Referendum.

I was wrong, it seems, in my initial judgement but sometimes character is not easily deconstructed and, of course, there was a right fork also on the road to Damascus. History’s worst despots, Stalin, Thatcher, Nixon,  Pol Pot etc. were   discernible early on and public relations cost them little sleep. In May 1997, I was in a BBC Studio in Edinburgh when many present saw Tony Blair, with the support of Gordon Brown, as the harbingers of a bright, new deal for the working class.

How very wrong we were.