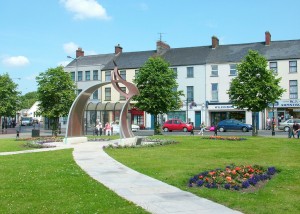 In my post about the late Seamus Heaney, I alluded to some difficulties that I had experienced as a student, arising from a piece which I had written on the quality of local government in Derry during the sixties. Among other things , I was critical of the Nationalist Party’s failure to provide leadership to the majority population and I proposed a socialist alternative. Both ideas were to cause me considerable difficulty when I  graduated and sought work as a teacher in my home city.

By default of the prevailing system,  the only opportunities available to me  were within the Catholic School  system. The then Bishop of Derry, Dr Neil Farren, was ‘de jure’ chairman of the Board of Management of each school in the Diocese. Several new secondary schools had been built and there was a serious shortage of teachers. However, as the end of the summer holidays approached, I had not received a single  reply to a number of job applications. Despite my mother’s entreaties, my refusal to go and see the Bishop, an established, subservient protocul, ,  further compounded   the problem and I was  reconciled to returning to  Belfast where I was more or less guaranteed a teaching  post. I finally succumbed and went to see Farren where it was made plain that he found my political views distasteful. I later learned that the Nationalist Party candidate was traditionally selected at a convention, chaired by the Bishop.

Two days later I was offered and accepted a post in St Eugene’s Secondary School, Castlederg, a distant Tyrone outpost within the Derry Diocese – my Lubyanka.

Castlederg  featured regularly in the news during August because Loyalists were outraged that Republicans were planning to parade through the town; Orangemen feel that it is their sole prerogative to march there in a majority Nationalist area and they exercise that right as often as twenty times a year. Things got so heated that First Minister Robinson reneged on an agreement to build a Peace  and Reconciliation Centre on the site of the Maze Prison.

My memories of the two years that I spent there are of a blissful introduction to work experience, an early education into  rural life. The pupils were generally good mannered, engaging and for the most part hard-working. Unfortunately, certainly in the initial stages, we did not share a common register of communication.

” Sir, I haven’t the homework done,” Charlie informed me one morning.

“I had to sit up all night with the sow”.

For the life of me, I couldn’t think why anyone would want to sit up all night with a pig but I suspected that there might be some fundamental, agricultural purpose to this activity and told Charlie  that I would get the exercise  later. When I raised   the issue in the staff room at the interval, I was greeted with derision from mainly local colleagues.

The pupils came from large families, even for the Sixties , and some travelled substantial distances each day to school from outlying areas such as Aghyaran and Urney. Many lived in carefully disguised poverty which I witnessed the first time that  I drove a group home after an extra-curricular activity. Gaelic had been spoken in Aghyaran until a few years earlier. This was reflected in the sentence structure and vocabulary of the pupils:- a splanc   jumped out of the fire –  the Gaelic onomatopoeic word for a spark.

This was part of a mummers’ rhyme which many of the more rural pupils had had learned from their parents, a tradition that went back centuries.  These were morality plays where good always triumphed over evil. It was a rich, cultural stream which I had never previously experienced.

I learned much more in Castlederg than I taught.