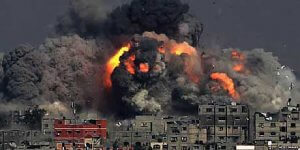 ‘Fxxx off back to your chapel’, Father, ‘where you belong’. Along with others, I was on the street in Derry in January 1969, trying to stop a group of youngsters from throwing stones at the RUC. A futile exercise but a social learning experience with the realisation, to coin a phrase, that all had changed, changed utterly. Six months earlier, nobody, especially a child, would have addressed  a clergyman in those terms.    I was witnessing  early indications of the radicalisation of working class youth who had been marginalised for most of their short lives. Now they had a cause;  they were expressing themselves   and   engaging with an identified oppressor.  My presence was futile; some of those around me were immediate past pupils of the school where I worked.  The Civil Rights group, to which I had been elected, was dismissed by Eamonn McCann as ’middle class, middle of the road and middle aged’.  That evening , there was certainly an unbridgeable chasm in perceptions between me and the rioters around me.

There are fairly obvious parallels between this week’s bomb attack in Manchester and the IRA action of the 80s; clear distinctions are also evident. The IRA was waging a war against an oppressor which had occupied its country for centuries; it did not deliberately target children and warnings were generally given although they frequently failed to prevent carnage. Young British Muslims have seen their parents’ homelands invaded by Western forces for the last twenty years, the persecution of Palestinians and the deaths of   thousands of innocent civilians for most of this century.  Those opposed to the invasion of Iraq by Bush and Blair predicted with forensic accuracy the destabilisation of the Middle East Region and the potential outcome for all of us. That’s when radicalisation gained impetus and Nice, Brussels, Paris and Manchester are inevitable results.

Radicalisation  has been further stimulated by the election as US President of a billionaire, shady businessman with dubious morals, clutching a golden bag of simplistic solutions to complex problems .  The mega-wealthy, war mongering Saudi Regime, home of the 9/11 bombers, was pandered to by Trump this week and promised millions of dollars worth of arms to crush those opposed to their autocracy , especially in the Yemen, one of  the poorest countries in the World.

BREXIT , UKIP and the LEAVE Campaign may have pretended that free movement of people within Europe was its primary motivation but young British Muslims  will recognise the truth with Nutall launching the Party’s manifesto today to show ‘those people’  that they cannot win. If further radicalisation is required, UKIP and its fellow travellers in the Tory Party  will provide the necessary impetus.   It may not have been planned but the current show of force, with the odious paras in Whitehall,  will in no way hinder a Tory campaign for strong and stable government. Particularly ,  since in the days before the Arena attack , sections of the tabloids had attributed support for the IRA to Corbyn.

The concept of ‘tackling radicalisation’ has, I feel, an implicit message that young Muslims should be prevented from having any consideration that they have received an unfair deal at the hands of the Western powers. That’s absurd but I think that most of us would subscribe to the belief that resorting to violent attacks on civilians is equally unacceptable.  As a first step,  attempts must be made to tackle the source of their grievances. Visits by middle class, wealthy Muslims and established, political figures in the PREVENT initiative are laughable as a serious measure to dissuade the determined. The life styles and values of those figureheads are very different to that of  the majority of young Muslims, most of whom are working class and on very low incomes. The SDLP rapidly lost the respect of the young in the Six Counties and there is evidence in places like Derry that Sinn Fein are encountering similar problems, trying to keep the peace process trundling along.   The bombing outrage at  the Manchester pop concert resulted from a global, ideological and attitudinal problem. Can the greed of Western, imperial powers be contained?

Over to Putin, Trump, May et al.